This article explains how to create a simple WCF service using the scenario of our applications often requiring code to determine the number of days, such as how long the customer is associated with us, also to convert from a date of present days into days or years and so on.

In a normal application I need to write the business logic repeatedly for the same requirements so due to the requirements you can write a single WCF service for multiple applications that allow an access method on any platform used, so let us start with the basics.

Now the  Solution Explorer will look as: 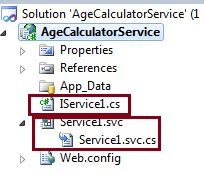 This is the service file that contains all the details, like page directive in .aspx, the .SVC stands for service that look as follows:

This is a class file where IServices1.cs interfaces are implemented, all the logic is written here , the typical svc.cs file will look like as follows. 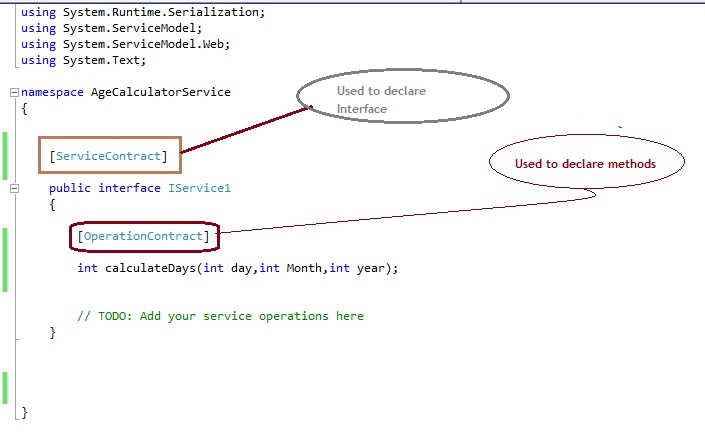 Now remove the definition that is by default created as above and write the following code to implement our logic to calculate the given duration into a number of days.
Service.svc.cs
In the code above I declared an integer method named calculateDays with the three parameters day, month and year for accepting day, month and year from the user.

Then then I created an object of date time and passed those variables that I get from the users. I declared another variable in the method that is datetodays to store the number of days remaining from the user's input date to the current date and finally I return that variable.
Step 4:  Run the WCF application

Now run the WCF application that shows the WCF Test client window to test the output of the application as: 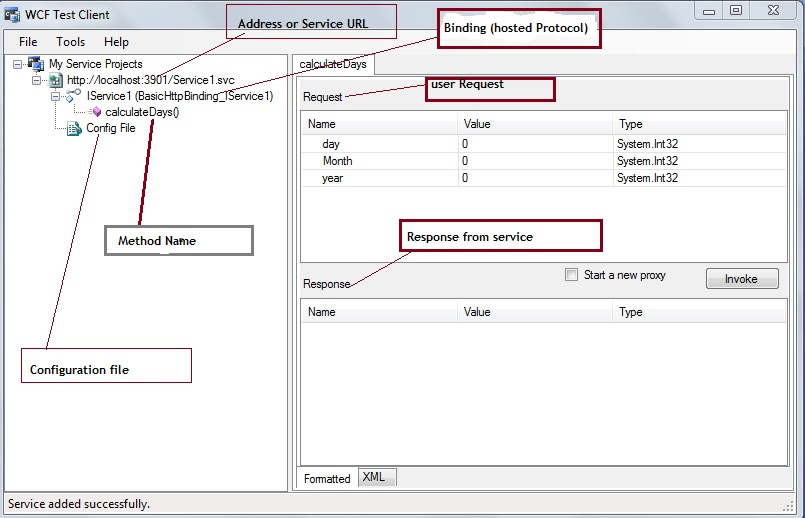 In the preceding test client window you have seen that it shows all the details of a Service including address, binding, Contracts and Method name with input parameters details and response details of input variable values that I highlighted in a box.
Step 5: Provide Input parametes

Now in the preceding test client window the Request section we see our method Input parameters that we created in the service1.svc.cs file, provide input values for the above three parameters as I have entered my date of birth. 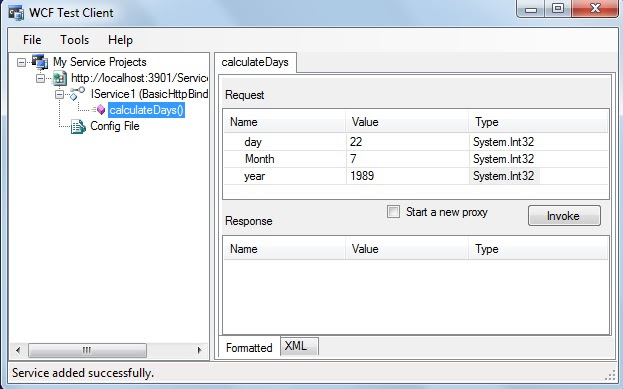 Step 6:  Click on the Invoke button for a response from the service

Now click on the Invoke button; it shows the following response from the service: 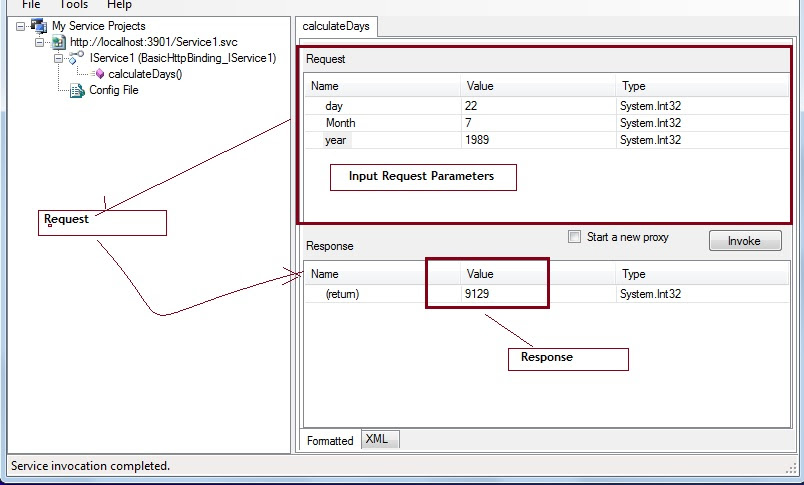 In the screen above you see that the output is 9129, that is the days from the input date, in other words from the preceding screen output , you see that currently, I am 9129  days old.
Watch Video
Summary

From the preceding example you have seen how to create a simple WCF application. I hope this article is useful for all students and beginners. If you have any suggestion related to this article then please contact me.