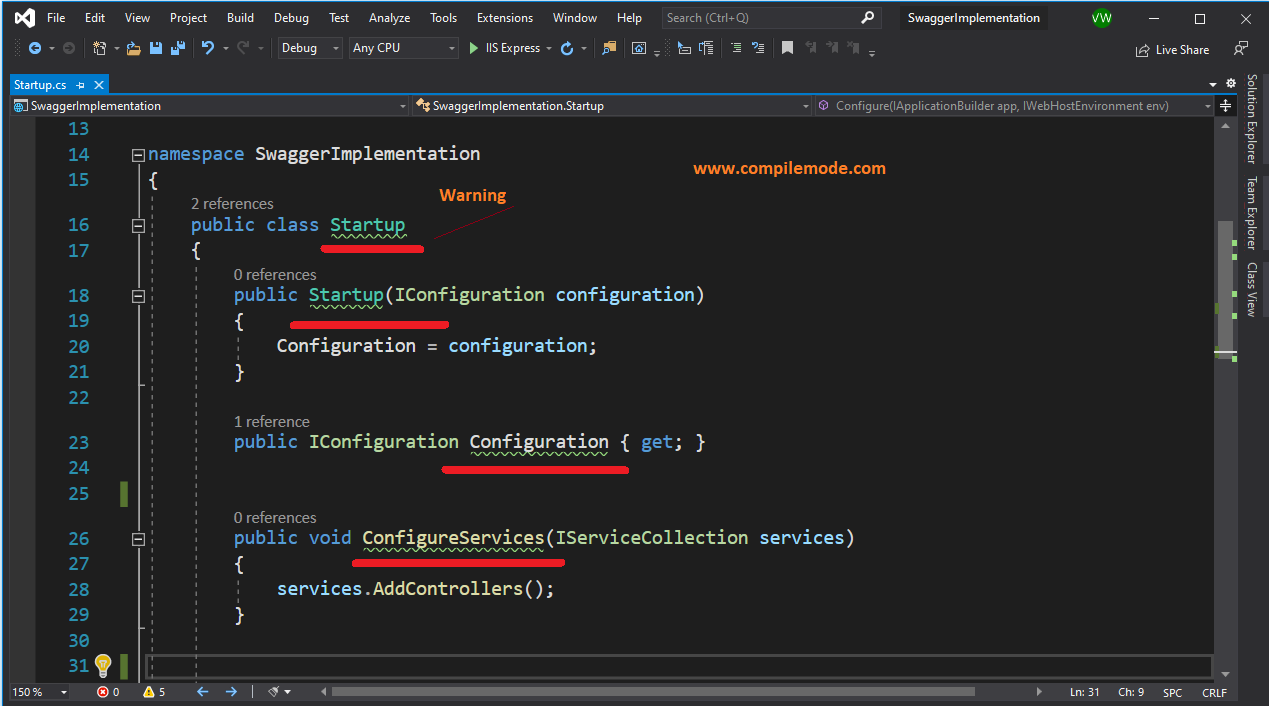 Another Advantage for defining the XML comment is, when developer implementing the any method in another class its show's the IntelliSense about the method which help developer to know what is the functionality of method without navigating to the method defined class.
Even though first approach has lots of advantages but you don't want to invest lots of time & increase the size of the project we can suppress the each public member by decorating with following line
#pragma warning disable CS1591

The previous two approaches requires lots of time either defining the XML comment or  disabling the warning of each member in project.
To save the time & minimize the swagger comment related warnings we can disable these warning at project level itself with the just one line configuration, to achieve follows the following steps
Right click on api project solution & find the properties 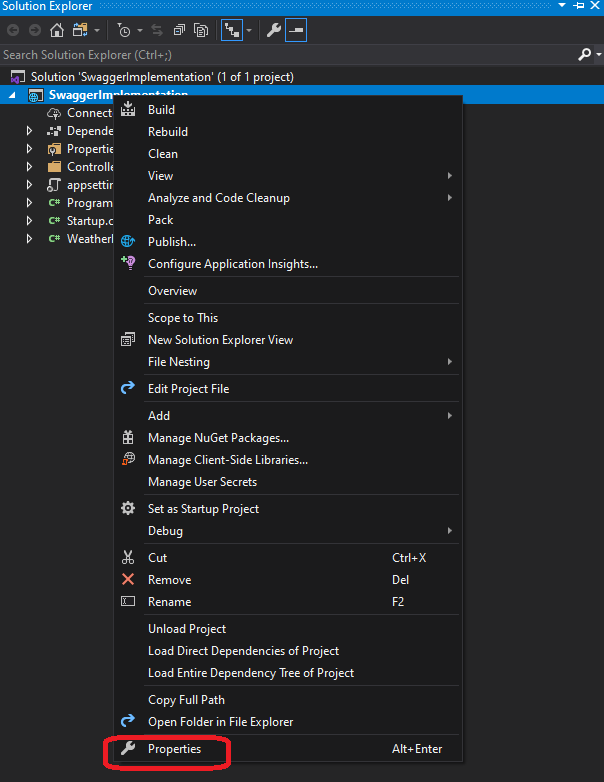 or just use Alt + Enter by putting control of project solution which opens the following window, find the options by following the below image & enter the 1591 in the suppress warnings text box & save it.
Now check any class file, you will not be see any warnings related to the swagger XML comment 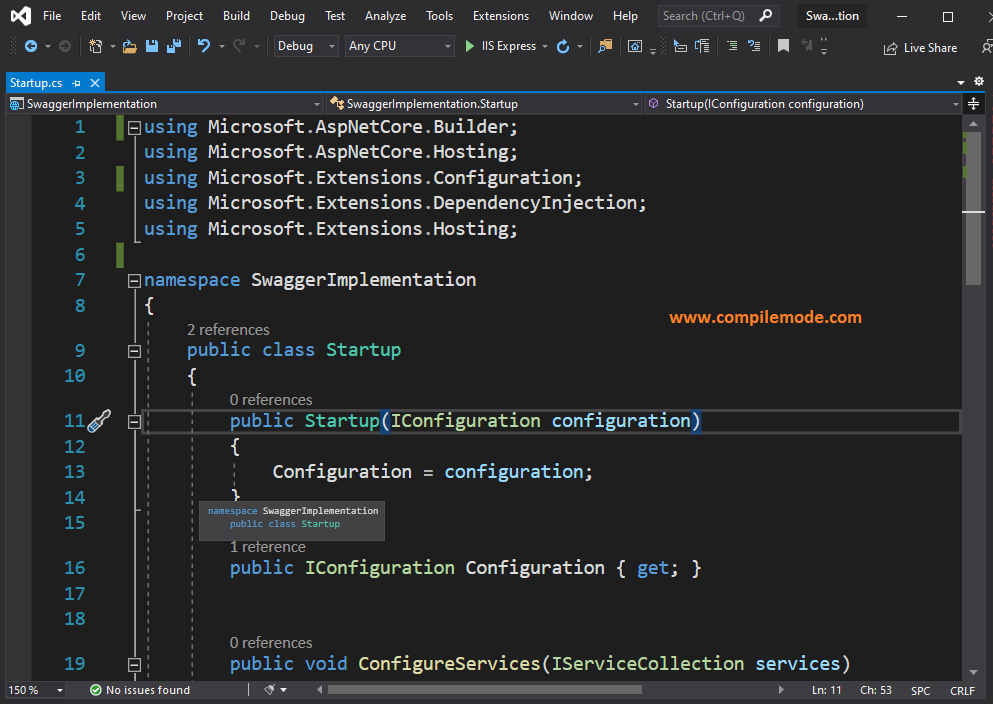 Summary
Hope this article helped you to fix Warning CS1591 Missing XML comment for publicly visible type or member. If you like the contents the support by using the following way.